Showing posts from August, 2009
Show all

By Jeff Edmonds - August 31, 2009
"The Edge... There is no honest way to explain it because the only people who really know where it is are the ones who have gone over. The others- the living- are those who pushed their luck as far as they felt they could handle it, and then pulled back, or slowed down, or did whatever they had to when it came time to choose between Now and Later. But the edge is still Out there. Or maybe it's In." --HST We philosophers and runners (pardon the inference if you do not count yourself as one or the other) tread a thin line. We both seek a sort of pure experience. In running--most particularly in racing--the experience is one of the run consuming you. It is an intense and highly private experience, something like what Hunter S. Thompson describes as pursuing the edge: the place of total commitment, say two miles into a 5k or 20 miles into a marathon, in which a choice is forced upon the runner. The choice, broadly, is this. To drive on quite madly, face grimacing into the ra
3 comments
Read more

By Jeff Edmonds - August 25, 2009
I met up with Ted this morning in Centennial Park. He Garmined out a half mile path on the more or less level grass in front of the Parthenon. The plan was to hit 8 intervals, taking 90 seconds rest. We had to improvise the first one as a huge flock of geese decided to camp out in the path, so it got cut a little short, 1:53. The next three I felt great and finished feeling strong at 2:30. The last four I had to work a little in the middle section (there was a little rise at somewhere between 300 and 450 meters), but I was cruising: 2:24, 2:25, 2:26. A good workout. Four miles of running at an average of sub 5 minute pace. It's been ten years since I did something like that. Thanks, Ted. Classes start tomorrow!
3 comments
Read more 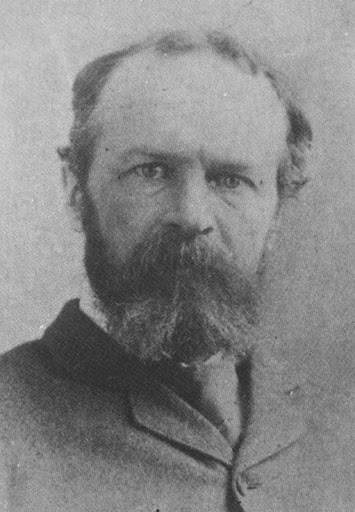 One of my favorite passages from William James speaks to the double nature of habit. He writes, Habit is thus the enormous fly-wheel of society, its most precious conservative agent. It alone is what keeps us all within the bounds of ordinance, and saves the children of fortune from the envious uprisings of the poor. It alone prevents the hardest and most repulsive walks of life from being deserted by those brought up to tread therein. It keeps the fisherman and the deck-hand at sea through the winter; it holds the miner in his darkness, and nails the countryman to his log-cabin and his lonely farm through all the months of snow; it protects us from invasion by the natives of the desert and the frozen zone. It dooms us all to fight out the battle of life upon the lines of our nurture or our early choice, and to make the best of a pursuit that disagrees, because there is no other for which we are fitted, and it is too late to begin again. ... You see the little lines of cleavage r
3 comments
Read more

Lords of the Sidewalk

By Jeff Edmonds - August 06, 2009
I run with a guy that calls himself The Thunder. Yesterday was a typical run. We started out easy. For a guy who calls himself The Thunder, T. T. is actually pretty chilled out about his running. He likes to keep the pace easy and conversational. When you run with T. T., it's never a hammerfest. And that's alright because T. T. knows how to keep things interesting. Our easy run departed from its usual course. Normally we do an easy 12 out Belmont, back into town, and around Vandy. This time we just lapped Vandy. The run started off as it usually does. Runners know that there is a strange side-effect of distance running. Something about the ease of the motion, the increased heart rate, perhaps a surfeit (or maybe it's a lack) of oxygen to the brain breaks down the barrier between brain and mouth. Runners are gabbers. We gab on about just about anything like drunks around a table. So, we headed off at Thunder easy pace, gabbing on about who knows what and just about everyth
8 comments
Read more
More posts