Showing posts from November, 2009
Show all

A Week to Go

By Jeff Edmonds - November 29, 2009
My dear wife brought home a nasty cold from school. I've been blowing yards of dense snot out of my nose for about a week. It hit me hardest actually over a week ago, like I'd been hit by a train in the middle of the Thursday night before Thanksgiving.

It is perhaps not a coincidence that this cold arrived in my last full week of marathon training, which also happened to coincide with the end of the longest stretch of teaching, during which also I had been working on job applications for the next year. I was exhausted, mentally and physically, and the long days of work added to the 10-15 miles a day caught up to me. I took Friday and Saturday off like a good boy, but then rushed back when I felt better on Monday, piling up almost 30 miles in the first two days of the week--to "make up for" the two days I'd missed.

Then there was Thanksgiving, which is the Christmas of the road-racing season. All the runners come out to race on Thanksgiving morning, and I w…
10 comments
Read more 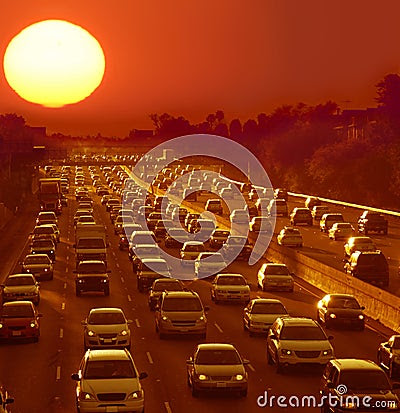 Life consists with Wildness. The most alive is the wildest. Not yet subdued to man, its presence refreshes him. One who pressed forward incessantly and never rested from his labors, who grew fast and made infinite demands on life, would always find himself in a new country or wilderness, and surrounded by the raw material of life. He would be climbing over the prostrate stems of primitive forest trees. Hope and the future for me are not in lawns and cultivated fields, not in towns and cities, but in the impervious and quaking swamps.
--H.D. Thoreau, "Walking"

By Jeff Edmonds - November 10, 2009
I saw this video a couple of years ago and forgot to bookmark it. Got it now. You should watch it. It would be neat to hear your comments.

So, still been busy with job applications and classes and conferences and writing "real" philosophy instead of philosophizing about running. But, I've been running, and I learned today that I am IN for the Memphis marathon on December 5th. I'm in shape to run a PR--I don't need to do too much from here on out. As Mike the Hobbyjogger (internet friend and coach/spiritual guide--how strange is that?) told me: You're piloting a Boeing 777 on a trans-Atlantic flight right now. You just want to bring it in on target. You don't want to overshoot the runway and put in in a cornfield in Pennsylvania and you obviously don't want to plop it in Long Island Sound.

This means for me: no hero workouts. Just run a bunch for the next couple of weeks. Run some marathon pace if I feel good. It's nice not to be in a position whe…
3 comments
Read more

Been busy and with little time to update the blog. My running is still going well. I had a nice run this evening, just a plain old easy run, but the night was crisp like early November ought to be and the moon was full and the maple leaves bright orange beneath the black of the sky.

I ran 6:10's on the way home, and they were some of the easiest miles I've run in a while. I'm light and fast, having transformed my body quite a bit over the last year or so. Anyhow, I thought I'd post a link to this article from the New Yorker in celebration of Meb's win in the New York Marathon. The last paragraph of the article rings true.

I asked him if he had any advice for Hall in Beijing. When Keflezighi responded, I thought I heard the wistful tone of an athlete in decline. It wasn’t until much later that I realized he was saying something different—he had learned to accept the quicksilver nature of the sport, the way it feels to catch lightning in a bottle, and he was de…
1 comment
Read more
More posts