Showing posts from May, 2011
Show all

Human beings make a strange fauna and flora. From a distance they appear negligible; close up they are apt to appear ugly and malicious. More than anything they need to be surrounded with sufficient space--space even more than time. --Henry Miller, Tropic of Cancer
Ours is a hurried life. We seem never to have any time. This is what we tell ourselves: if only there were more hours in the day, if only I had more time to spend with my family, with my friends, out on the roads. We are quick to blame the anxieties of modern life, the stress we feel, on time. And perhaps it is true, perhaps life is moving too quickly.

If we had two extra hours in the day, what would we do with them? My guess is that we would fill them up as well with projects, use them to get started on things we will never finish, torment ourselves for two more hours a day about what we would finish if only we had 28 hours in a day. Our problem, it seems to me, is not a problem of time. Like Henry Miller says, it's a…
8 comments
Read more 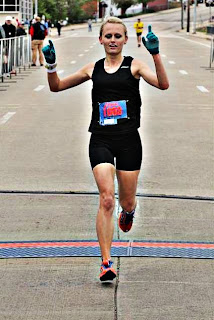 This interview is the third in a series of exchanges with local elite runners. These are the men and women who train hard, take their running seriously, and work to compete--and win--on a local and national level. For all of these folks, running is a hobby. None of them make a living doing it. They continue to represent the best of amateurism, the idea that excellence in athletic endeavor is valuable for many reasons beyond financial compensation.

Most of these folks are friends that I have met during my time as a runner. They have offered me untold amounts of training advice, motivated me to get out the door, whipped my butt in races, and shared many a post-run beverage. Though this sort of runner is not famous at a national level, they are often locally known and help establish and maintain local standards of racing and training.

When I first met Candice Schneider, the only indication that she would become a serious road runner and a threat to win races was that, well, she was runni…
5 comments
Read more 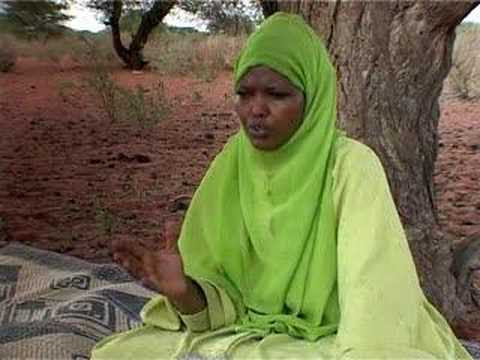 A friend of mine just sent me the following email, asking a couple of important questions:

Are people extremely sympathetic about Sammy Wanjiru's death simply because he was an amazing runner, one of the best runners ever? You are such a voice of reason and I respect what you have to say. That's why I read your blog. Where is the sympathy for someone who likely was abused? Nobody has mentioned that he may have been an abuser and may have been trying, yet again, to hurt his wife, maybe even kill her.

If his wife had been beaten in the past, and if he was about to go for another round of beating, isn't she a little better off right now?
My last post was a tribute to Wanjiru, and in that post, I wrapped the violence of his life up with his greatness, preferring to see them together rather than apart. While I mentioned that such a move was dangerous, perhaps glossing over unconscionable acts of spousal abuse and violence, the primary purpose of the post was to lionize Wanj…
1 comment
Read more 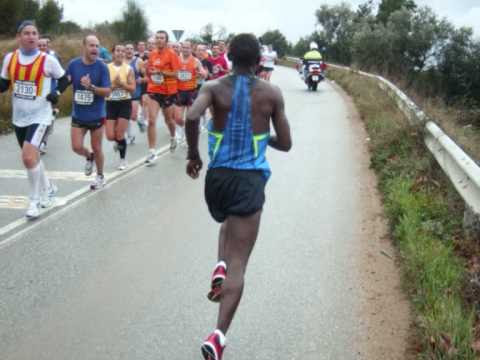 "You must have chaos within to give birth to a dancing star."
-- F. Nietzsche

"Looking back now, I think I had a lot on my mind and was pretty nervous, but as soon as I started I forgot about it all. The only thing I thought was, 'Who cares, let's go!' I'm not the type of guy who runs behind someone else. I was going to run up front no matter what the pace was."
--Wanjiru on his Olympic record gold medal run in Beijing, fall, 2008 (from Japan Running News)
The running community has been shocked by the death of Sammy Wanjiru. You can read about Wanjiru's accomplishments in this Letsrun obituary; it calls him the greatest marathon ever to live. He was 24 years old, just about to enter his running prime.

The details of his death are still emerging, but Wanjiru had been hanging out with a tough crowd and had recently been arrested and not charged for a domestic disturbance. He was a troubled soul, and his death is sad.

Our sport has an intimate re…
8 comments
Read more

By Jeff Edmonds - May 09, 2011
LLD: The following is another guest post from Scout. His first post, How to Run Like a Stoic, remains one of the most popular on the blog. Here, Scout takes up some of the same themes but looks more explicitly at some common issues in training. I think you will enjoy his straightforward and clear-thinking style and find his advice useful. Without further ado...

I see the same questions come up again and again...

- "What pace should I run my race/training at?"
- "How do I avoid bonking in training/racing?"
- "Am I going to slow/fast/hard/easy?"

Fear of injury is most obvious; people hold back in training and racing out of a concern of getting injure…
14 comments
Read more

To exercise an art one must begin by procuring for oneself the instruments for it; and, to be able to employ these instruments usefully one has to make them strong enough to resist wear. To learn to think, therefore, it is necessary to exercise our limbs, our senses, our organs, which are the instruments of our intelligence. And, to get the greatest possible advantage from these instruments, the body which provides them must be strong and healthy. Thus, far from man's true reason being formed independently of body, it is the body's good constitution which makes the mind's operation easy and sure.
J.J. Rousseau
These words were written two and a half centuries ago. They are taken from Rousseau's great treatise on education, Emile. Rousseau wrote the book as an attempt to imagine a free education; it was a thought experiment on what it would take in order to educate a human being to flourish in all of its capacities.
Rousseau was thinking about these things because he was c…
10 comments
Read more
More posts