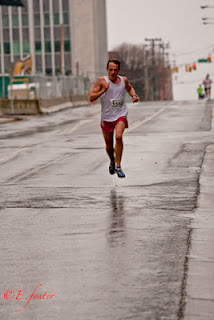 "Many is the mirage I chased. Always I was overreaching myself. The oftener I touched reality, the harder I bounced back to the world of illusion, which is the name for everyday life. 'Experience! More experience!' I clamored.

"In a frantic effort to arrive at some kind of order, some tentative working program, I would sit down quietly now and then and spend long, long hours mapping out a plan of procedure. Plans, such as architects and engineers sweat over, were never my forte. But I could always visualize my dreams in a cosmogonic pattern. Though I could never formulate a plot I could balance and weigh opposing forces, characters, situations, events, distribute them in a sort of heavenly lay-out, always with plenty of space between, always with the certitude that there is no end, only worlds within worlds ad infinitum, and that wherever one left off one had created a world, a world finite, total, complete."

We value emotion over calculation, aesthetic feeling over controlled inquiry, messiness over clarity, epiphany over argument, transcendence over facts, insight over pragmatism.

Running and racing is a way of leaving the ordinary behind. To speak romantically, we transcend the ordinary by plunging deeper into it, finding out what the limit is through surpassing it. Running and racing gives us a chance to talk about what we think matters: heart and effort, courage and fear, hope, suffering, and determination.

We take to heart Quixote's epitaph: "For if he like a madman lived, / At least he like a wise one died."

We believe in wasted energy, so long as it is energetic. Running in circles is no flaw or fallacy, so long as you do it relentlessly.

We believe in "knacks" and "deep sympathetic listening," in unlocking hidden stores of power.

Like Henry Miller, though it is not our forte, we are willing to spend long hours mapping out a plan of procedure, weighing the pros and cons of just about anything, scheming and scheduling and dreaming. Of course, these plans, these "tentative working programs," are hardly ever carried out. They are more like incantations or offerings to the running gods, "visualizing our dreams in a cosmogenic manner." Trying to unlock it. Unlock what?

Peter Snell described it as "running without restraint."


But with the throttle screwed on, there is only the barest margin, and no room at all for mistakes. It has to be done right... and that's when the strange music starts, when you stretch your luck so far that fear becomes exhilaration and vibrates along your arms. You can barely see at a hundred; the tears blow back so fast that they vaporize before they get to your ears. The only sounds are the wind and a dull roar floating back from the mufflers. You watch the white line and try to lean with it... howling through a turn to the right, then to the left, and down the long hill to Pacifica... letting off now, watching for cops, but only until the next dark stretch and another few seconds on the edge... The Edge... There is no honest way to explain it because the only people who really know where it is are the ones who have gone over. The others- the living- are those who pushed their luck as far as they felt they could handle it, and then pulled back, or slowed down, or did whatever they had to when it came time to choose between Now and Later. But the edge is still Out there. Or maybe it's In.

Like Catholics with their rosaries, we go through the motions and the rituals, bead by bead: tempo, interval, long run, easy run. We stay at them, hoping that our piety will be rewarded with a glimpse of what? -- that which cannot be seen or articulated, but can only be felt.

Romanticism was a reaction to the Enlightenment idea that the Age of Reason was upon us. It was an expression of the fear that everything would be worked out, schematized, organized, and implemented like universal health care, say, or democracy in Afghanistan. It resisted the industrialization and mechanization of processes. It was cynical of the whole, the social good, more concerned with flashes of genius and lines of poetry than with peace and goodwill. It was a flight away from the hardness of the world into the softness of imagination. It glorified wonder, horror, loneliness, fear, power, weather, chaos, boredom, animality, joy, and absurdity.

Wallace Stevens was talking about poetry, but if running could write, it would say the same thing:

We keep coming back and coming back
To the real: to the hotel instead of the hymns
That fall upon it out of the wind. We seek
The poem of pure reality, untouched
By trope or deviation, straight to the word,
Straight to the transfixing object, to the object
At the exactest point at which it is itself,
Transfixing by being purely what it is
A view of New Haven, say, through the certain eye,
The eye made clear of uncertainty, with the sight
Of simple seeing, without reflection. We seek
Nothing beyond reality.

Hard black road beneath our feet, torn breath, "the poem of pure reality."

"The oftener I touched reality, the harder I bounced back to the world of illusion, which is the name for everyday life."
Experience Henry Miller Hunter S. Thompson Reality Romanticism Wallace Stevens