What Does It Mean to Run Naturally?

By Jeff Edmonds - December 03, 2010
Aristotle, in the Physics, opposes the natural to the artificial. He says that natural things have "their principle of motion or of standstill" in themselves, whereas the artificial is dependent on something else for its "principle." Understanding what he means takes a little unpacking, but I think doing so will shed light on some current movements that are motivated by the idea of running more naturally.

Aristotle describes the difference between the natural and the artificial using the example of a tree and a wooden bed frame. He notes that a tree's principle of growth is located within itself. It naturally follows the form of a tree, given the proper conditions, and it grows itself into a tree on its own. A wooden bedframe, notes Aristotle in one of the few moments of humor in his texts, will not grow into a bed when planted in the ground. In order that it take shape, the bed needs someone else to conceive of its idea. For this reason, we say that a bed is not natural, but artificial. It is a work of human art--it had to be conceived in the imagination and did not come into its own naturally but through the effort and mind of something outside of itself. The natural, therefore, is self-subsisting. The artificial is dependent in its very essence on something outside of itself. 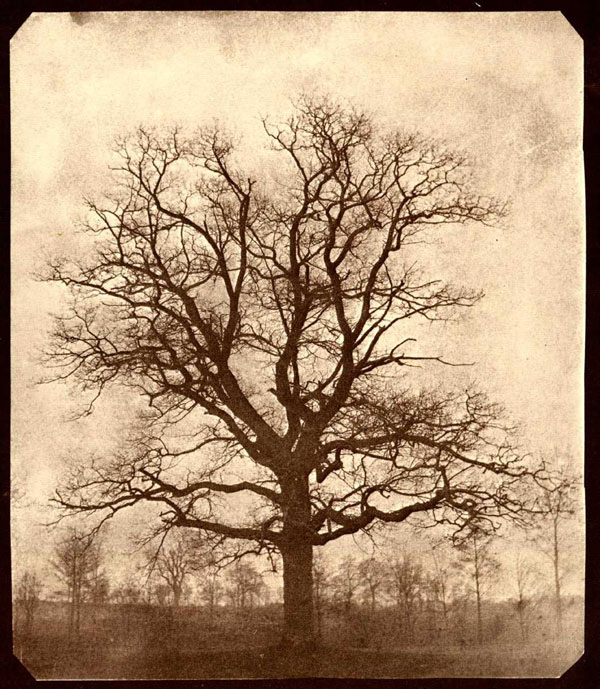 The tree did this naturally, all by itself. The photograph, however, is a product of human artifice.
Proponents of naturalism in running, then, see running as something we are born to do: read Born to Run, yet? On this view, we run as naturally as a tree develops branches and grows roots. Running is not a learned skill like medicine or architecture (do we naturally build skyscrapers or airplanes or MRI machines?), but something that is as native to the human condition as, say, having ears and toes. To rephrase Aristotle in terms of contemporary scientific discourse, you could say running is in our DNA.

As for me, I think running is a natural human activity, as far as this goes. We don't have to be taught how to run; running, like crawling and walking and speaking, emerges as a natural human capacity just like leaves grow on trees. But, in order to understand the implications of this for life today in 21st century America, we need to begin to look more carefully at the kind of running that we are talking about.

Running is a natural activity. Maybe even competitive distance running is natural. But the specific practice of racing 5ks and marathons that emerged in the 20th century seems to me to place the natural capacity of running in a set of very artificial circumstances. One characteristic of the natural is that it is seamlessly integrated with the rest of the world.  A leaf grows out of a branch as part of a well-ordered organism. Competitive running and racing is not so integrated with the rest of life. It is something we do on the side, bearing only tangential relationships to the rest of our lives.

Few of us today in America use running as it emerged--as a means of locomotion, a way of getting from one place to another. We have other more advanced forms of travel now: automobiles, email, airplanes, trains, bicycles. So, running has this sort of strange position in contemporary life. It is a natural capacity of the human body, but our environment produces no demand to run. So, we have to artificially produce situations to run in our environment. We do this through racing and training. We would do the same thing tomorrow if, for example, the sun refused to shine. We would light the world with artificial bulbs because our eyes naturally want to see.

From an Aristotelian perspective, then, running more naturally is really an almost impossible task in the contemporary world. It is a natural need that will have to be satisfied artificially. But in order to construct better artificial running situations it is useful to remember the natural situation in which we run. This situation has less to do with the type of shoe that one wears, or whether one forsakes shoes at all, and much more to do with remembering that just as a tree sends its roots downward and its branches upward, the human body is constructed to be in a fairly constant state of locomotion. This is the natural situation. Getting back to nature, then, is less about footstrike and minimalism and more about finding ways to let the body move, constructing situations where we are forced to run in a variety of ways.

I think that this is what accounts for the current popularity of the marathon. Though the marathon is an artificial institution, it is a great way to reproduce a natural situation of a human body in constant motion. It compensates for the lack of natural stimulus to run in contemporary culture. It does so by producing a training situation, which is really just a plain old running situation. But the downside of a marathon is its status as a "bucket list" type of event. Insofar as the value of the marathon is conceived solely as an "accomplishment of willpower," its specific connection to the natural need for locomotion is erased. Under the sign of spiritual effort or willpower, the material needs of the body are lost as a primary justification for the event. The fact that completing a marathon is seen as an extraordinary thing is a sign of the way in which running is not naturally integrated into the rest of life.

Natural or unnatural?
This is the way culture seems to be trending in general. The demands of the mind--intellectual stimulation, bright flashing images, strange noises, the need to communicate--all of these needs are being met through the rise of virtual technologies. But the heady flights, the sense of being ungrounded, the dizziness and vertigo we feel after too much time spent in the virtual world are all effects of an overstimulated mind and an understimulated body. Why have certain aspects of human nature been stimulated to the point of grotesqueness while others have been understimulated? How have the institutions that we have built neglected certain aspects of our nature when they obviously care so much for other aspects (take, for example, the natural desire to hoard things)? Whose interests do these sorts of artificial institutions serve? And whose interests do they ignore?

These are the sorts of questions that come to my when I think about the desire to run naturally. The question is broad and complex, and we ought not reduce it to something that can be marketed as easily as a pair of Vibram Five-Fingers.
Aristotle Barefoot Marathon Nature