I think it's pretty clear to all of us that our perception of reality is organized at least to some extent by the language we have inherited. This language structures and organizes the way we encounter the world. One thing that I appreciate about philosophy--which Deleuze defined as "the creation of concepts"--is that it takes as its task the critical reorganization of our habits of perceiving. When done well, this reorganization is in the service of better habits of living.

By this definition a guy like Einstein would be a natural philosopher. By rigorously describing the concept of relativity and introducing it into language, he opened up new orders of perception. We were able to understand the universe in a totally different way. This reorganization of our understanding of the universe literally gave us a new universe--new possibilities for technology, new avenues of control, new paths of exploration. It's important to remember, though, that in order for Einstein to make his discoveries, a number of material conditions had to be in place: namely an experimental apparatus delicate enough to find the limits of the Newtonian world view.

Another example would be W.E.B. Dubois. His concept of the double-vision of racial consciousness also opened up new avenues of racial criticism. It described in language that was available to academics and other fairly powerful folks the perspective of living in a racial minority. Dubois was also perfectly positioned in culture to make this point. He had a mainstream education and knew how to express himself in the language of the dominant culture. But he also had access to the world of black experience, and he worked from within the dominant philosophical position to open angles onto this other universe, just as Einstein also couched his explanation of relativity by reference to foundational Newtonian physics. 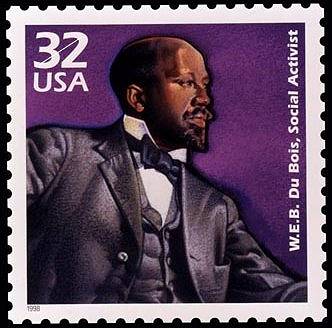 These two examples show us that the relevant question with respect to the relationship between human consciousness and the shape of the universe is not the Cartesian question of whether our mind truly grasps reality. Or whether the subjective self or the objective world is more Real with a capital R. The more important questions are the smaller ones. How do our current habits of consciousness shape and delimit our perception? What sort of experiences make it possible to reorganize those habits? And how can we develop and maintain the habit of critically reacting to the blindnesses and gaps that are a necessary feature of intelligent categorization of the world in which we live?
The word "philosophy" describes the general habit of reconstructing the categories and ways of thinking that structure our interactions with the world. To take up the task of philosophy explicitly is to work consciously on behalf of keeping this critical habit alive, both in ourselves and in our culture.